It’s been a while, but I’m back again trying more beers. I was out of the beer drinking game for a while due to a nasty cold/Chicago CTA shared virus. Now, I’m back to feeling 100% and craving some tasty beers.

The Aunt Sally by Lagunitas is definitely different compared to your normal Lagunitas beers and just any ales in general. It has a citrus smell to it, instantly making you think it’s going to taste sweet. When you taste it, you know right away that this is a sour beer. It isn’t too sour to drink, but you definitely get a sweet then sour taste. It has a golden color to it and it goes down pretty easy. Some people are really into sours and some hate them. This one is good, but I wouldn’t drink a lot of them. If you haven’t had a sour before, they’re definitely an interesting take on beer.

Lagunitas says, “It tastes like a big bowl of fruity candy or some chewable flavored vitamins, but what’s the difference? It’s sweet, tart, and sassy, just like the tasty cherry pie that your favorite aunt makes.” As a reminder, Lagunitas brews in Petaluma, CA and Chicago, IL. 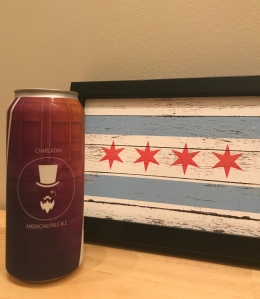 Maplewood Brewing Company is back on the beer blog for round 2. This time, they brought their award-winning Charlatan American Pale Ale. I now see why it won the Great American Beer Festival Pale Ale contest in 2016.

When you smell this beer, you get a sweet, citrus aroma like many good pale ales. When you take a drink, the citrus taste comes out right away, then it transitions into the bitterness of a pale ale. It’s a good beer, and it’s available all around Chicago.

Maplewood has a lounge where you can go and grab a few drinks and have a good time. It’s 2717 N Maplewood Ave in Chicago, hence the name. Maplewood also is a distillery, making spirits like whiskey and gin.

The CitruSinesis is one of their limited releases that has a lot of flavors packed in. It has a citrus type aroma with a hazy gold color to it. When you initially taste it, you’ll experience hints of orange and citrus. They took juice from blood oranges and added it to one of their past pale ales to get this wonderful beer. Right in time for the 90+ weekend in Chicago, I got to enjoy this while trying to cool off from the heat. I’d recommend this beer to any person who likes a fruity type of beer or anything refreshing during the summer. Make sure to grab a six-pack or two before they’re gone.

Lagunitas is based out of Petaluma, CA and Chicago, IL. They have great branding, a good variety of beers and they’re known for their IPA, Lagunitas Little Sumpin’ Sumpin’ Ale, and others. They’ve been around for a while and they always come out with new beer releases, so be on the lookout for the next! 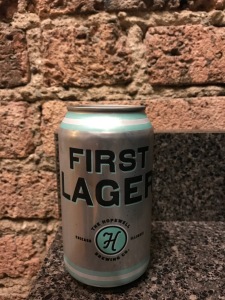 This is my second review of a Hopewell beer. This time, I bought myself a six pack and did the pours myself in my apartment.

Hopewell First Lager is your classic type of lager. It has a yellow/golden color to it and it’s light. It doesn’t have any intense smells or anything like that. It is moderately carbonated and it has a bitter aftertaste. It’s refreshing on this mid 80s day in Chicago. Hopewell says they use a Midwest malt for this recipe. This is your classic lager type beer, nothing too wild or crazy, but always good.

Hopewell Brewing Company is based out of the Logan Square neighborhood of Chicago, IL. It’s within walking distance from where I live and I need to go there more often. They have beers on draft, beers to go, and some pretty cool merchandise. Their taproom is a cool place to hang out, pet dogs, and play some board games.

Pipeworks Brewing Company is another great brewery out of Chicago, IL. They’re in the Hermosa/Logan Square area not too far from me. Let’s get to the beer.

The Blood of the Unicorn is a great red ale with a lot of flavor to it. It pours as a hazy amber color and leaves a good amount of head on the top of the beer. It first smells almost like an IPA but then you taste it and you get the sweetness of a red ale with a somewhat bitter aftertaste. They serve this beer in a 16oz can and the artwork on all of their cans is amazing. If you collected their cans, you could start a small art museum.

This is a tasty beer and I’d recommend to anyone looking to branch out from the bigger Chicago craft breweries. Good stuff Pipeworks, good stuff.

Another Chicago brewery, another great beer. I’m starting to sense a trend here…Anyways, on to the beer!

This is an American Blonde Ale that has hints of honey to it in the taste and smell. Besides the honey, you can get an aroma of wheat and citrus. It has a hazy dark yellow color and it finishes well in your mouth. The aftertaste isn’t bitter nor sweet. This is a very drinkable beer that’s one of their best sellers.

Beygle Brewing says that this beer is, “Clean and balanced, with subtle fruity notes int he fermentation profile and a dry finish.” They’re located near Wrigley Field in Chicago on Cuyler. 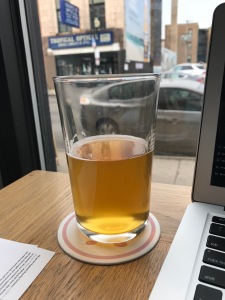 I had this beer on draft while sitting in Hopewell the other day. Hopewell is great because they have an option to get a 22oz beer on draft and of course I’m going to say yes to that…

On to the beer, the Family Saison is a well-made, very refreshing beer. It has a sweeter taste that turns semi-bitter in the aftertaste. A saison is usually very refreshing and holds a lot of flavors and this beer does that. It has a golden-hazy color to it and a pungent citrus smell to it. It has some notes of banana and citrus in the actual flavor. Overall, a great beer to drink when it’s warm out.

Hopewell Brewing Company is based out of the Logan Square neighborhood of Chicago, IL. It’s within walking distance from where I live and I need to go there more often. They have beers on draft, beers to go, and some pretty cool merchandise. Their taproom is a cool place to hang out, pet dogs, and play some board games.

This American Beer
Powered by WordPress.com.